Former policies of spiritual repentance & rehabilitation for sexual offenders did not work.

In years past, reporting was a matter of conscience for clerics and religious. With the new motu proprio, it becomes Church law. 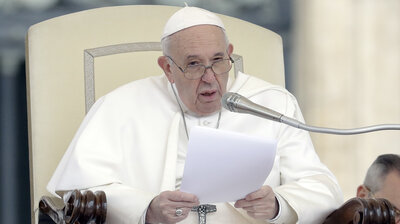 Rome, May 10, 2019 (LifeSiteNews).— Pope Francis on Thursday issued an apostolic letter that requires all priests and other religious to report to their superiors any credible accusations of clerical sexual abuse and cover-ups.

The Pope’s motu proprio is titled “You are the Light of the World” (Vos estis lux mundi), which is taken from the Gospel of Matthew and makes mandated reporters of the more than 415,000 priests and more than 700,000 religious women around the world.

The document requires them to inform Church authorities when they become aware or have “well-founded motives to believe” that a member of the clergy or a female religious has sexually abused a minor or possessed child pornography, or when a superior has covered up any such crimes. It does not require that they report allegations to civil authorities.

The new law further provides whistleblower protections for those reporting on sexual abuse while also requiring dioceses to put systems into place by June 2020 to receive confidential allegations. Another key point in the new document is that it provides procedures for pursuing investigations when the accused is a bishop, cardinal, or religious superior. In the past, victims and accusers have complained that investigations against the hierarchy have languished, as was the case with the now disgraced former cardinal Theodore McCarrick.
(...)

back to top
Tweet
The great and admirable strength of America consists in this, that America is truly the American people.
Jacques Maritain