In the early morning hours of December 19, 1989, President George Herbert Walker Bush ordered the United States Army to organize a deliberate and well-accomplished attack that overwhelmed the Panamanian Defense Forces (FFPP) of dictator General Manuel Noriega. The goal was to reestablish the democratically elected government of Guillermo Endara and arrest Noriega on drug trafficking charges. In addition, there were reports that Noriega had acted as a double agent for Cuba’s intelligence agency and the Sandinistas.

"Operation Just Cause", as it was known at the time, was the largest and most complex combat operation since the Vietnam War. Nearly 26,000 combat troops were deployed. Two dozen targets were attacked throughout the country, using a wide spectrum of tactical operations including Military Operations on Urbanized Terrain (MOUT), Air-Assault, Airborne, and Special Forces. A dictator sustained by huge drug trafficking operations was removed and Noriega’s Panamanian Defense Forces (PDF) were promptly crushed, forcing the dictator to seek asylum with the Vatican nuncio in Panama City, where he finally surrendered to the US authorities on January 3rd, 1990.

However, the Organization of American States (OAS) and the European Parliament both 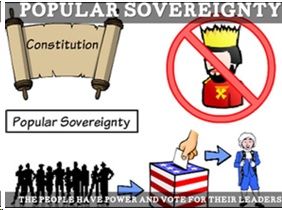 formally protested the invasion, which they condemned as a flagrant violation of international law. Was that so? Did the US military operation violated Panama's sovereignty?

On Sept. 2012 world leaders and civil society representatives proclaimed their commitment to the rule of law as the foundation of equitable State relations and the basis upon which just and fair societies were built, as they adopted a lengthy declaration during the UN General Assembly’s first-ever high-level meeting on the rule of law at the national and international levels.

By terms of this “Declaration on the Rule of Law at the National and International Levels” [A/67/L.1], adopted at the start of the day-long meeting on Sept. 23, the GA reaffirmed that human rights, the rule of law and democracy were interlinked and mutually reinforcing, and that they belong to the universal and indivisible core values and principles of the United Nations. The rule of law applied equally to all States and international organizations, including the United Nations. All persons, institutions and entities were accountable to just, fair and equitable laws, and entitled to equal protection before the law, without discrimination. However, in that document delegates also rededicated themselves to supporting efforts to uphold "the sovereign equality of all States".

That means that no State may disrupt the sovereignty of another State and must respect their territorial integrity. However, the document also reaffirms "the solemn commitment of our States to fulfill their obligations to promote universal respect for, and the observance and protection of, all human rights and fundamental freedoms for all. The universal nature of these rights and freedoms is beyond question. We emphasize the responsibilities of all States, in conformity with the Charter of the United Nations, to respect human rights and fundamental freedoms for all, without distinction of any kind." In addition, in Article 22, the United Nations is committed to ensure "that impunity is not tolerated for genocide, war crimes and crimes against humanity or for violations of international humanitarian law and gross violations of human rights law, and that such violations are properly investigated and appropriately sanctioned, including by bringing the perpetrators of any crimes to justice, through national mechanisms or, where appropriate, regional or international mechanisms, in accordance with international law ..."

That means that rogue governments cannot hide behind sovereignty and/or territorial integrity principles. Territorial integrity refers to the prohibition of grabbing territorial portions of another State by military means, while sovereignty applies to the people and NOT to the government of that State. Therefore, if the government violates the proclaimed UN principles, the international community has the obligation to protect the soverignty of its people, so far as any required military action does not result in or it is intended for territorial annexation.

The problem is that this and other UN documents establish the requirement of "collective measures" that must be approved by the Security Council. And this supreme UN organ functions with five permanent members (China, France, Russia, United Kingdom and United States) having veto power against the application of any such measures at their own volition.

This mechanism hinders and, in fact, invalidates most of the efforts of effective intervention against dictatorships, especially if there is no other alternative than military intervention, as in the case of Panama. It is quite difficult in these cases, if not impossible, to be able to pass a Security Council resolution under Chapter VII, authorizing member states or a UN peacekeeping or peace enforcing operation to use force.

Under such conditions, is it thus legitimate to grant impunity to these dictatorial governments? Does it matters whether they are guilty of "genocide" and/or "war crimes and crimes against humanity or for violations of international humanitarian law and gross violations of human rights law", as Article 22 of the Declaration on the Rule of Law at the National and International Levels establishes? It is probably legal but not legitimate that these rogue governments may hide behind the veto power of one of the permanent members of the Security Council using it for political convenience or vested geopolitical interests.

Accordingly, it is high time to solve the tragedy that is taking place in Latin America in the face of the collapse of failed states like Venezuela and Nicaragua. The international community or, at least, a group of democracy-loving States, have the obligation to solve it by any means in defense of the sovereignty of its peoples and as a decisive rejection of any argument of impunity claimed by their dictators and their repressive cliques.