Tunisia is often heralded as the sole success story to come out of the 2011 Arab uprisings, insomuch as it is the only country that established a democratic government in their wake. In a 2017 study conducted by Freedom House, Tunisia was the only country in the Middle East and North Africa ranked as “free.” But the relative success of Tunisia’s transition does not mean that the process has been an easy one.

“If you ask many Tunisians what has made the difference in holding together the fabric of their democracy, they will say civil society,” writes Sarah Yerkes, a fellow at the Carnegie 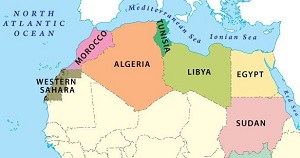 Endowment for International Peace. Under the repressive regime of former President Zine al-Abidine Ben Ali, space for civic engagement was practically nonexistent. After the Arab Spring, thousands of civil society organizations (CSOs) formed to help transform Tunisia into the most promising emerging democracy in the Middle East by encouraging citizen participation and by holding the government accountable. However, Yerkes notes freedom of civic space is now at stake due to a restrictive law adopted by parliament on July 27, 2018.

The legislation, entitled Law 30 of 2018, would require CSOs to register for government oversight, purportedly to combat money laundering and terror financing. While these concerns are legitimate, the pre-existing “Decree 88” already provides legislation to address anti-money laundering and terror financing—without the type of stringent oversight that Law 30 would enact.

“Including CSOs within Law 30 is not only unnecessary, it appears to be a backdoor way to increase government oversight of civil society and will undoubtedly create a chilling effect on freedom of association in Tunisia. Human rights CSOs—traditionally the most vulnerable subset—will be among the worst affected,” remarks Yerkes.

Read more about Law 30 and how its impact could be crippling to CSOs in Tunisia.