Mali: The blessing of the Great Silence 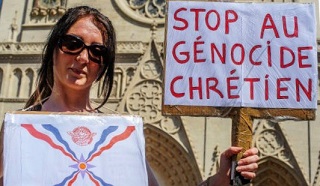 Aid to the Church in Need (ACN): Interview with Fr. Perluigi Maccalli

Bamako, Dec.12.– After two years living as a captive in the desert, somewhere between Niger and Mali, the Italian missionary Father Pierluigi Maccalli, who was received by the Pope on November 9, 2020, recalled his first impressions in an interview conducted by the SMA Media Center a few hours after his liberation. Aid to the Church in Need (ACN) summarizes his impressive testimony given to the Society of African Missions (SMA) on 10 October 2020.

“I find it hard to speak because after spending such a long time in silence I now find myself in this world of quickly moving events and words”. These were Father Maccalli’s first words after liberation, which he experienced with great joy and emotion but also as a moment of confusion.

It all began on September 17, 2018. “It had been a quiet Monday. I had celebrated the Eucharist and eaten my evening meal. I had retired, as I usually do, to prepare the morning Mass. When I heard a noise, I thought it was perhaps someone coming looking for medicines at the medical store I had established. Going out, I found myself face to face with men armed with guns, who tied my hands behind my back. I thought at first they were robbers. I gave them the money I had with me and thought things would end there. Everything happened very quickly; I was surprised and unprepared for what was about to happen to me.”

During his captivity, his abductors treated him well for the most part. “Let’s say that they never hurt me or beat me. Sure, there were some pretty hurtful words. I was even preparing to die, but I noticed that they treated me with respect. They called me ‘the old man’ ..."