Kathmandu, Feb.19.– Data has revealed that the incidents of human rights violation are on 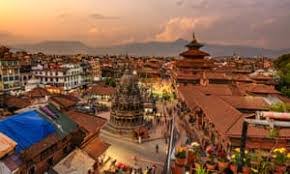 the rise in Nepal in recent times.

According to a report entitled "Human Rights Year Book 2020" unveiled by the Informal Sector Service Center (INSEC) in the capital on Wednesday, cases of human rights violations have sharply increased in 2019 compared to the previous year. In 2018, a total of 5,110 were reported to be the victim of violation while the figure increased by 1,532 and reached as many as 6,642 in 2019.

Executive director of INSEC Binayaraj Gautam informed that seven persons were shot dead in Nepal during the last year. Of them, 2 were killed in Bhojpour, 2 more in Sarlahi, and 1 each in Saptari, Rupandehi and Kapilvastu.

Similarly, 13 persons were tortured, 702 were forced to remain in detention, 62 persons suffered from caste discrimination, and 40 had to face inhumane treatment ...

back to top
Tweet
Sell not virtue to purchase wealth, nor Liberty to purchase power.
Benjamin Franklin