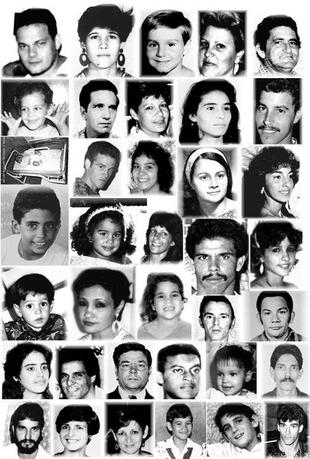 Just a few ones among the thousands of victims of the Castros regimeCastro’s illness and retirement, the number of mysterious “accidents,” sudden mortal illnesses, alleged suicides, and attempts on the lives of political opponents has multiplied. This coincides with credibility and support that world democracies started affording the Cuban dictatorship.

Defectors confirm the Cuban regime's practice of eliminating opponents both inside and outside Cuba. The surviving archives of the former Soviet bloc also contain proof that Cuba’s intelligence services had joint training and operations to repress and eliminate the opposition with the KGB, the Stasi, and the political police of Czechoslovakia, Bulgaria, and other totalitarian countries.

Our new report addresses these cases in a historical context with particular attention to those occurring since 2006. Part I, now published, provides examples occurring inside Cuba; Part II, coming soon, will address cases outside of Cuba.

The Cuban regime has consistently demonstrated its disregard for fundamental human rights including the right to life. Having employed duplicity and terror to silence its detractors for decades, it continues to enjoy widespread impunity. Individuals, governments and institutions ought to demand comprehensive investigations of the above cases. Reputable experts (local and international) must be given full access to witnesses, family members, medical records, and other material evidence and documentation. If suspicions of state involvement prove well founded, the Cuban regime should be held fully accountable.

See the report The Cuban regime’s elimination of detractors and opponents: in Cuba (Part I).