The Pakistan Penal Code, the main judicial law of Pakistan, prohibits blasphemy (Urdu: قانون توہین رسالت‎) against Islam, providing penalties ranging from a fine to death. Since 1990, nearly 70 people have been executed, lynched or murdered as a result of blasphemy allegations and many more are awaiting sentence."

‘The blasphemy law destroys the lives of those who have been accused, even if they avoid being executed’.–Father James Channon

Lahore, Jan.23.– There are nearly 200 cases of Christians in Pakistan charged with blasphemy – the controversial law made famous by Asia Bibi, according to a 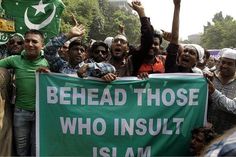 Father James Channon, director of the Peace Center in Lahore, which promotes inter-faith relations, said research by the Catholic Church had revealed 187 live cases of Christians charged with blasphemy which in Pakistan can carry sentences of life imprisonment or death.

Added to this figure is the case of Asia Bibi, whose death penalty conviction for blasphemy was overturned last October by Pakistan’s Supreme Court, a decision which created headlines around the world.

Father Channon said: “Even now, after her acquittal, she is anything but safe. Radical Islamists are trying to find her so they can kill her. That is why she is currently under state protection.”

He highlighted the suffering experienced by so many people accused of blasphemy ...