The Chinese government is currently interning hundreds of thousands of the country's Uighur Muslim minority. In an interview, Jewher Ilham, the daughter of human rights activist Ilham Tohti, who has been sentenced to life in prison, calls on the European...

Growing trend of kidnapped Christian brides in the Islamic world

Prev Next
A+ A A-
View Comments

Yes, real slavery! People forced to work and paid nothing; people held against their wills to be literally "used" by their captors. Seven countries account for over 60% of the 36 million people known to be trapped worldwide in modern slavery. This means that there are more people in slavery today than at any other time in human history.

In addition to the high level of slavery in India (14 million), China (3.4 million), North Korea (2 million), Pakistan (2 million), Uzbekistan (1.3 million), Russia (1.1 million) and Mauritania (0.6 million) there are some latent forms of slavery in many other countries of the world. The US and Europe are not immune either to this social travesty.

Though in third place by volume of enslaved people, North Korea is the only country in the world that has no formal legal prohibition against human enslavement. 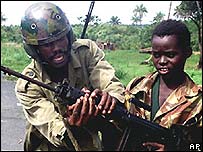 Slavery is more than exploitation of workers, it is defined as any condition in which a human being is held in compelled service, including forced labor, sex trafficking, debt bondage, forced domestic service and/or child soldiering. There are at least 8.4 million child slaves in the world today, many of them held as forced labour and others forcefully recruited in regular as well as in rebel armies.

Since slavery feeds directly into the global economy, it makes sense that we would be concerned by the ways in which slavery flows into our homes through the products we buy and the investments we make. Slaves harvest cocoa in the Ivory Coast, make charcoal used to produce steel in Brazil, weave carpets in India—the list goes on. These products reach our stores and our homes.

Rich, developed countries (see map above) tend to have by far the lowest rates of slavery. Reports say that effective government policies, rule of law, political stability and development levels all make slavery less likely. The vulnerable are less vulnerable, those who would exploit them face higher penalties and greater risk of getting caught.

Human slavery extends to the sex trade. Not all sex workers or "prostitutes" are slaves, of course; plenty have chosen the work voluntarily and can leave it freely. But many more, specially in third world countries, are coerced into participating at a young age and gradually shifted into a life of absolute slavery.

It is a disgrace that the Governments of the world show so little interest and make so few efforts to remedy these disgusting practices. It is high time to do something about it! It is high time to fully enforce with a concerted international action the Slavery Convention signed in 1926 and the Supplementary Convention on the Abolition of Slavery signed in the UN in 1956!