As the parties pick over the results of Ireland’s general election, critics say that our blunt majority-rule system is an outdated form of government

Dublin, Mar.3.─ As Peter Emerson stood in the RDS last weekend, watching Irish politics enter a new phase of uncertainty, he might have been forgiven for saying “I told you so”. Over the past 40 years Emerson has documented the flaws of western electoral systems, highlighting their propensity to produce governments that are either unrepresentative or critically unstable.

As the parties and political commentators discuss the permutations involved to reach the magic number of 79 Dáil seats, Emerson encourages people to reflect on what democracy is about. Written constitutions in the US, France and Ireland “talk about ‘common will’ and the ‘will of the people’,” he says, “they don’t say 50 per cent of the ballot plus 1 [extra vote]. Democracy was always meant to be for everybody. Unfortunately we in western Europe have got into a habit of taking majority votes.

A veteran of peace and power-sharing campaigns in Northern Ireland, Emerson runs the de Borda Institute in Belfast and has worked in countries as disparate as Rwanda and China on models of participatory democracy ... 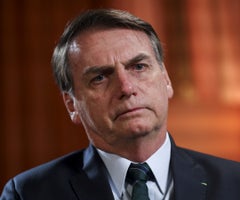