Three years after the entry into force of the ECI (European Citizens’ Initiative) regulation it seems “easier for a camel to pass through the eye of a needle” than to register an ECI, writes Assya Kavrakova. 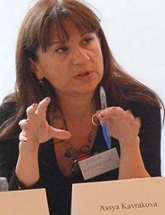 Brussels, Apr.20.─ Forty percent of the initiatives submitted for registration - 20 out of 51 - have been rejected, as the European Commission found them “falling manifestly” outside the EU competences. This has brought a lot of disappointment and has raised a series of questions about the criteria for registration, their interpretation by the European Commission, the transparency of the decision-making process (the so-called “legal admissibility test”), and the need for tailor-made support and advice to ECI organisers with regard to the suitability of particular Treaty provisions.

ECAS’ study, The European Citizens’ Initiative Registration: Falling at the First Hurdle?, conducted in the framework of the ECI Support Centre, finds that the legal admissibility test has been narrowly applied by the European Commission, and that inconsistencies have been displayed, with some ECIs being registered, while other similar ones were rejected. There is also a lack of sound legal reasoning for many of the rejections. About one third of the rejected ECIs are probably within the EU’s competences. For another third, it is debatable whether they fall “manifestly” outside the EU’s competences.

To date, six rejected ECI citizens’ committees have appealed against the Commission’s refusal before the General Court. But the Court’s decisions will take years to be issued.

The fact that “registration remains a major challenge for the organisers” has been acknowledged by the European Commission in its recent Report on the application of the ECI Regulation. The European Ombudsman asked the Commission to “endeavour to provide reasoning for rejecting ECIs that is more robust, consistent and comprehensible to the citizen” and the European Parliament confirmed that the “Commission's legal admissibility check proved to be a real obstacle to the success of the ECI as a civic agenda-setting instrument.”
(...)