Bulgaria has become a highly frequented destination for EU officials and foreign visitors at large since the country took up the rotating Presidency of the Council of the European Union in January 2018. On arrival in the capital city of Sofia, these days a foreign visitor may see a host of petitions circulated in the streets and hence may jump to the conclusion that Bulgaria has transformed from a post-totalitarian state into a good democracy where people have a direct say in policy-making.

This would be wrong.

National initiatives and referendums are impossible to have in Bulgaria. This has been proven for the last time in 2016, following what was the first genuinely citizen-driven referendum. The petitioners – the popular TV star Slavi Trifonov and his team - proposed changes in the electoral system and a significant reduction of the exorbitant public subsidy for political parties.

The referendum produced the most legitimate decision in Bulgarian politics since the downfall of communism, despite obstructions and foul play by the political establishment, but it was not respected by the state. The formal reason for this was insufficient turnout, as defined by an absurd Referendum Act.

This Spring has seen renewed calls for national referendums and new signature-gathering campaigns. Petitions, however, are mostly ignored by passers-by in the street. People know from experience that they are not worth the effort.

Invited by a group of civic activists from neighboring Greece to comment on direct democracy workings in my country these days, I had to offer a positive something to light up this dismal picture. “The good news about national referendums in Bulgaria is that they have proven the timelessness of your ancient myths,"  I said .  "It takes a Hercules, a semigod (in our case a TV-star Slavi Trifonov) to handle the labors of the signature-gathering and kill all the fearsome monsters on the road to the popular vote. And when Hercules arrives at the end of the road thinking he has won, it turns out he is not a victorious Hercules, but a doomed Sisyphus, tired of pushing the boulder uphill, accomplishing nothing.”

by Daniela Bozhinova
Board Member, Democracy International
Chairperson, Bulgarian Association for the Promotion of Citizens Initiatives. 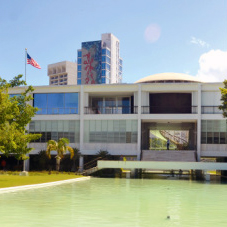